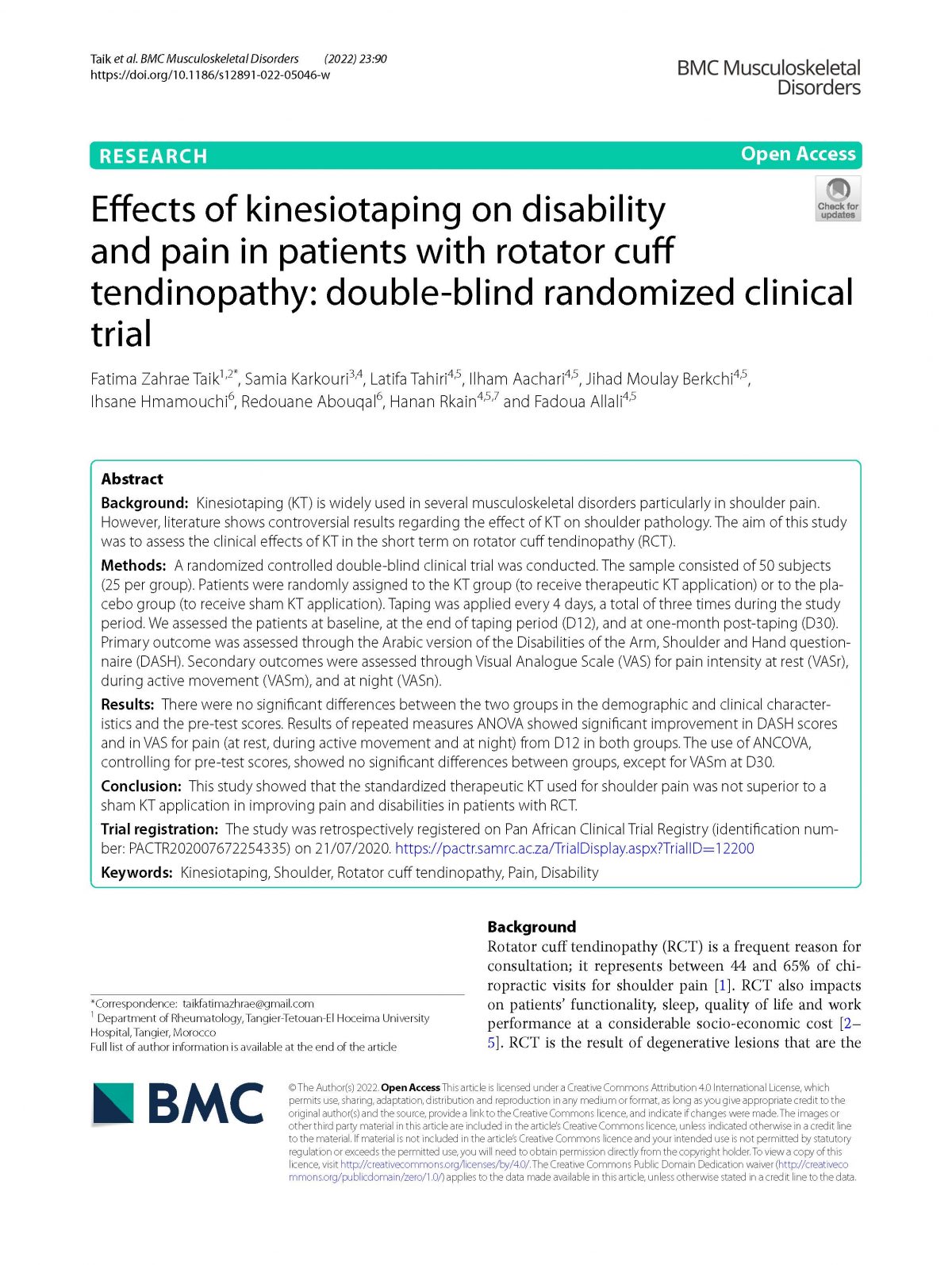 Background: Kinesiotaping (KT) is widely used in several  musculoskeletal disorders particularly in shoulder pain. However, literature shows controversial results regarding the effect of KT on shoulder pathology. The aim of this study was to assess the clinical effects of KT in the short term on rotator cuff tendinopathy (RCT).

Methods: A randomized controlled double-blind clinical trial was conducted. The sample consisted of 50 subjects (25 per group). Patients were randomly assigned to the KT group (to receive therapeutic KT application) or to the placebo group (to receive sham KT application). Taping was applied every 4 days, a total of three times during the study period. We assessed the patients at baseline, at the end of taping period (D12), and at one-month post-taping (D30). Primary outcome was assessed through the Arabic version of the Disabilities of the Arm, Shoulder and Hand questionnaire (DASH). Secondary outcomes were assessed through Visual Analogue Scale (VAS) for pain intensity at rest (VASr), during active movement (VASm), and at night (VASn).

Results: There were no significant differences between the two groups in the demographic and clinical characteristics and the pre-test scores. Results of repeated measures ANOVA showed significant improvement in DASH scores and in VAS for pain (at rest, during active movement and at night) from D12 in both groups. The use of ANCOVA, controlling for pre-test scores, showed no significant differences between groups, except for VASm at D30.

Conclusion: This study showed that the standardized therapeutic KT used for shoulder pain was not superior to a sham KT application in improving pain and disabilities in patients with RCT.