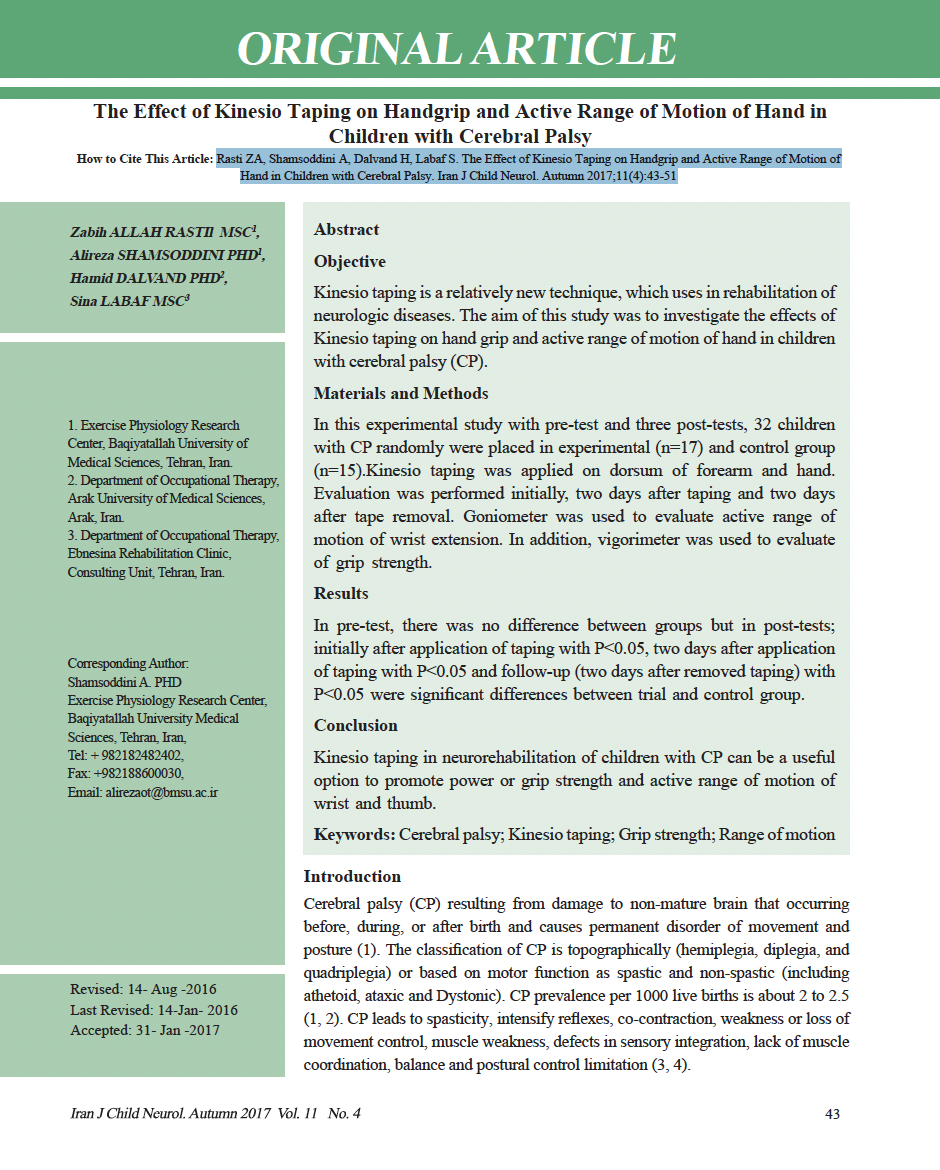 Background-Kinesio taping is a relatively new technique, which uses in rehabilitation of neurologic diseases. The aim of this study was to investigate the effects of Kinesio taping on hand grip and active range of motion of hand in children with cerebral palsy (CP).

Methods/ Materials– In this experimental study with pre-test and three post-tests, 32 children with CP randomly were placed in experimental (n=17) and control group (n=15).Kinesio taping was applied on dorsum of forearm and hand. Evaluation was performed initially, two days after taping and two days after tape removal. Goniometer was used to evaluate active range of motion of wrist extension. In addition, vigorimeter was used to evaluate of grip strength.