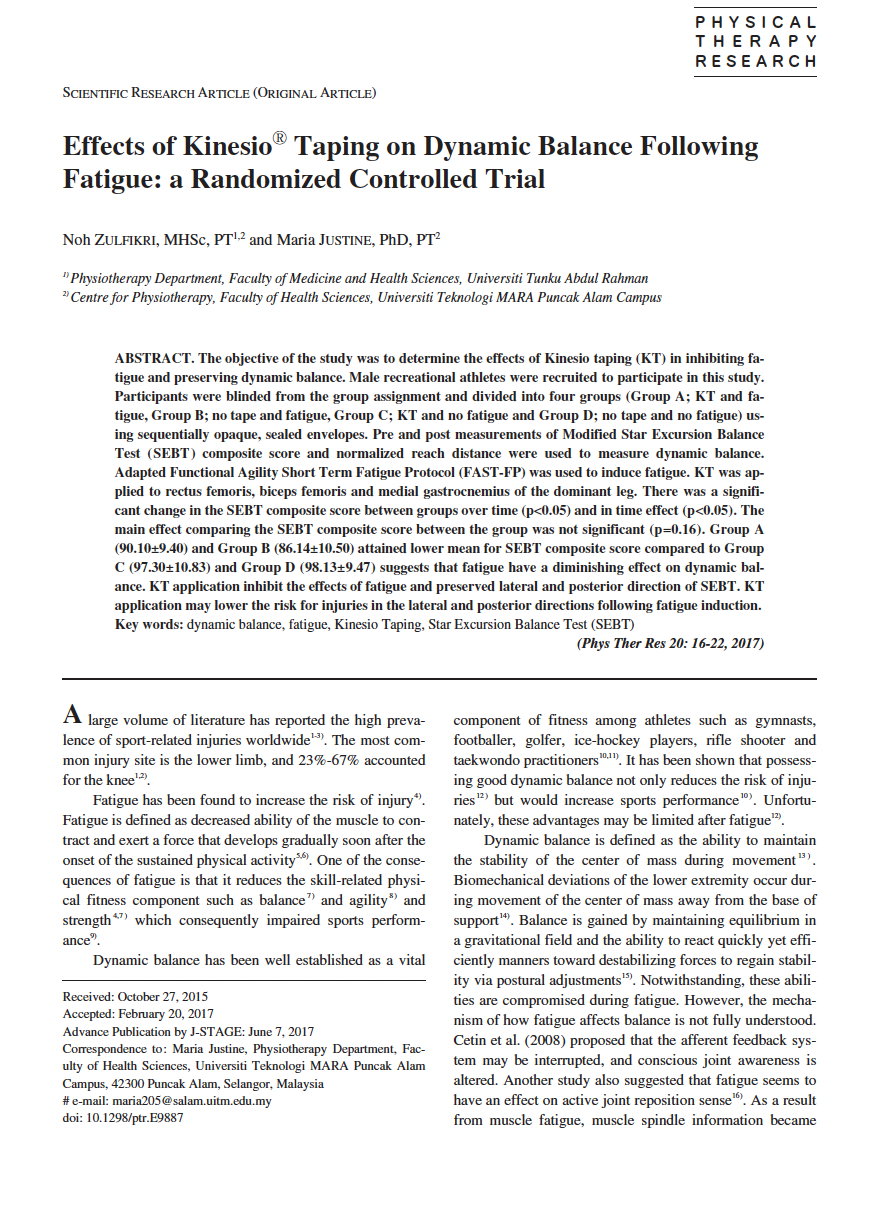 Background-Fatigue has been found to increase the risk of injury4).
Fatigue is defined as decreased ability of the muscle to contract
and exert a force that develops gradually soon after the
onset of the sustained physical activity5,6). One of the consequences
of fatigue is that it reduces the skill-related physical
fitness component such as balance7 ) and agility8 ) and
strength 4,7 ) which consequently impaired sports performance9).

Conclusion-There are a few conclusions can be drawn from the
present study. Firstly, fatigue significantly reduces the dynamic
balance that may lead to increased risk of sports injury
that is revealed by lower normalized reach distance in
all direction and SEBT composite score following fatigue.
Secondly, KT application inhibits fatigue and preserves dynamic
balance.